Yesterday I posted a short video with a tunnel.
I’m quite fascinated by tunnels as a metaphor for transformation,
transgression, change, and  …. life 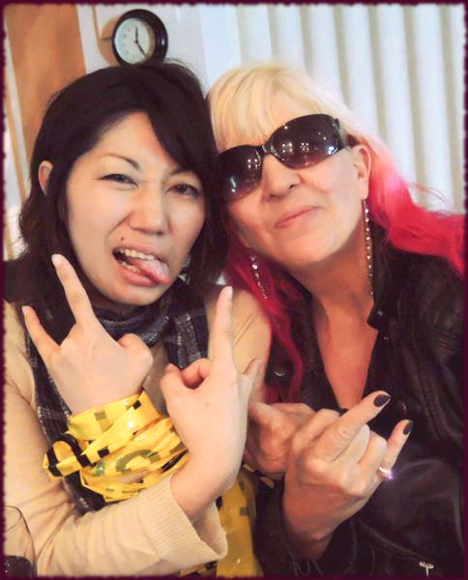 Sometimes the tunnel is like the one in the blog post below,
It’s not dark at all….
bright and illuminated,
but still a place that takes us from one ‘reality’ to another.
The walking in a tunnel is a walk with an aim,
you don’t want to stay in that place forever.
The goal is really to get out of there.
You just have to get going…
In September 2011 I was in such a  bright kind of tunnel.

I was really happy. I was at Inazuma Rock Fes
On stage were great bands like:
Def Tech, Dragon Ash, Abingdon Boys School, and Gazette
Yet at the end of one of my blog entries from that week end I had written:

Eventually later that year I did find my purpose.
My mission met my passion.
The music in Japan and the live scene.
Somehow I was out of the bright tunnel and had found my path. 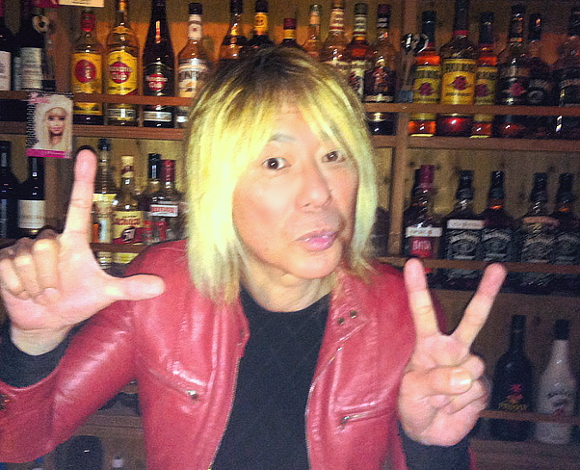 And once out I met tons of amazing people!
Tetsu great drummer (for ex. mintmints, ex. Ra:IN)  here a night
when we had drinks together at his bar Boogie Stock in Shin-Daita.

Going to live gigs I met some amazing people,
often one contact introduced me to another,
and got to know, and work with, many Japanese musicians up close.
One such band was Vorchaos.
We discussed strategies for bands in general, and for them in particular,
how to make it in this new global world.
I’m so happy they still play together and keep on going!

and time went on .. I wasn’t in a tunnel.
I was on a path! Out and about!
I had direction and purpose.
When you are on a path you don’t contemplate much.
There isn’t the same feeling present, as there is when you are in a tunnel.
You don’t search for the light at the end.
You just enjoy the ride. 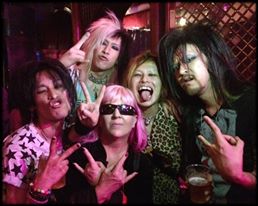 With Derinjar at Chelsea Hotel  about 2 years ago.

And I sure enjoyed everything!

Now I am back in a tunnel… but another kind of tunnel.
This one is almost pitch black. Or it has been….
I’m beginning to see the light,
I’m going through change,
and I’m using the contemplative nature of being in a tunnel,
to think about what will be on the other side.
Often we just don’t know what will come…

What has happened … during my time on the path,
is that somewhere along the road,
I started listening to how other people thought I should act.
Where I should put my time.
How I should do things
How I should prioritize my time..

But now ….in the middle of the dark tunnel….
I woke up…
and Im back at a mental place where I am more in charge.
And I’m being creative.
I might not at all know what will come at the other end,
but I know this much..
there is an end also to this tunnel!

“This is my life,
my story,
my book,
and I will no longer let anyone else write it.
nor will I apologize for the edits I make”
Steve Maraboli