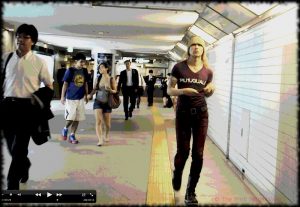 Reds during a day of video shooting in Roppongi, Tokyo

So…. I mentioned before, that my first encounter with
Japan was spring 2011.
I was actually in grad school in the USA at that time.
The semester had just finished.
The year before I had been to Vanuatu.
The trip to Vanuatu inspired me a lot.
Fascinated me on a very deep level, because it was
so immensely different to anything I had ever
experienced before.
It drove me to do more linguistic research, as well as
interdisciplinary linguistic anthropology.
Did you know that Vanuatu has over 100 languages
but a population of just about 200000?
One of the most linguistically diverse countries in the world
when you factor in the tiny population!

And as you could see in the video below, they look and behave
very differently from any society (I have ever lived in).
However, on a daily basis, they eat, sleep, have sex, argue,
converse, greet each other….much like I do… WE do,
we humans.
However, being there, immersed in their society, I was aware
pretty much from the get go, that their society is different.
They look different.
Their surroundings and living quarters are very different.
Their social rules are different.
I wont go any further into this topic here, but let’s just
face it:
They look different, they have no cell phones, no gadgets,
and there are no stores (outside of Port Vila, and on the majority of islands),
there is not even electricity on most islands…
so we think, we believe, we assume that
they are different
and they certainly therefore must be more difficult
to communicate with.
In the past Vanuatu was colonized by UK and France in a shared colony.
Unique and interesting in itself, and I could probably write a whole
book just about that…
but
My book is about my life and experiences in Japan.

Japan is surrounded by stereotypes.
We all know them.
We know a lot about Japan in the west,
we really do, don’t we?
They are different in Japan.
They bow, they don’t shake hands.
The food is amazing.
They eat sushi in Japan.
They eat rice in Japan.
They eat with chop sticks.
Japan has a loooong history.
They have temples.
The country in itself is gorgeous with mountains and
they have Mount Fuji.
They also have Tokyo,
and subways that are so crowded one cannot breathe.
— 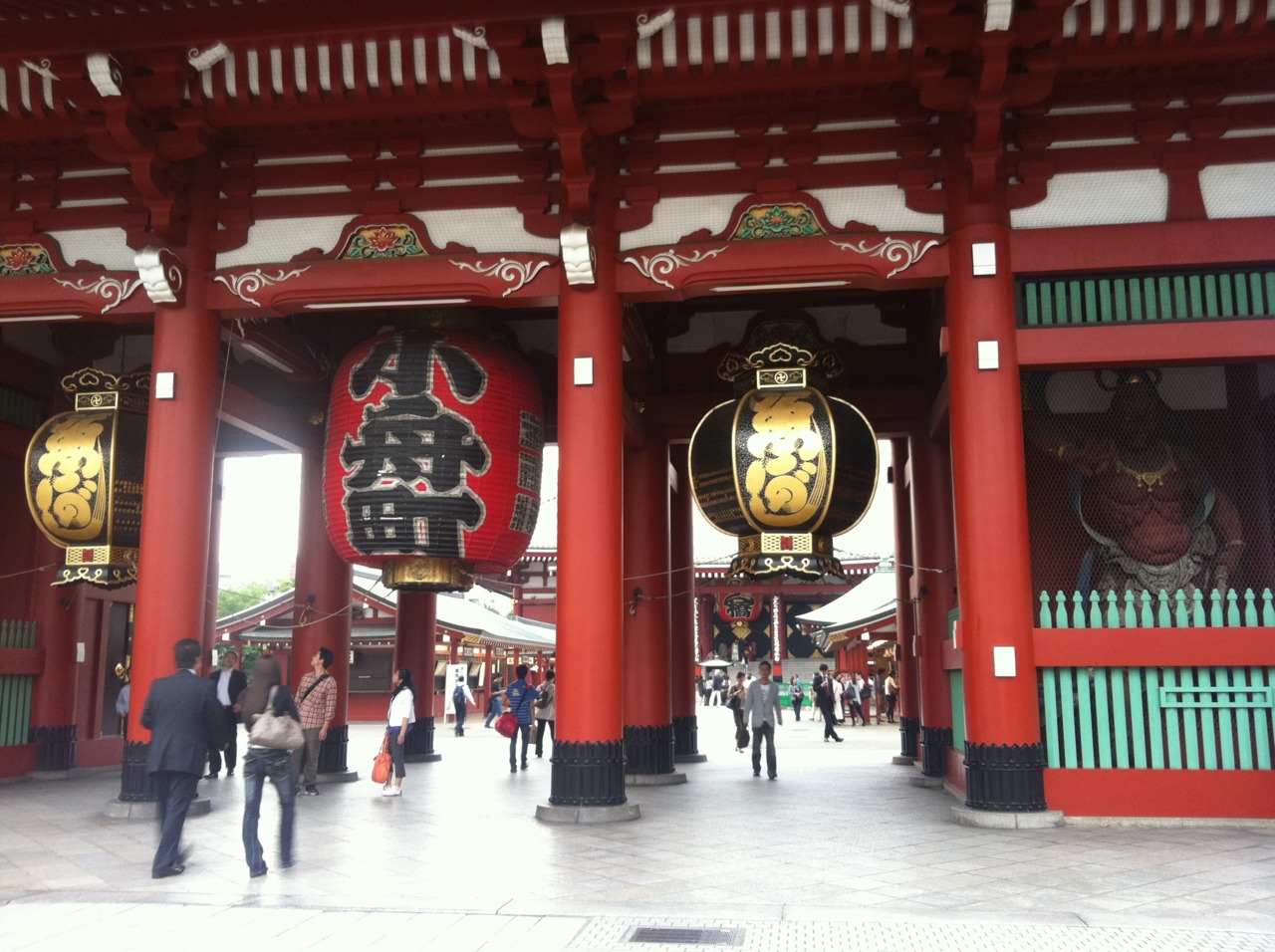 We know a lot, don’t we?
I also thought, they must be more similar to me,
more similar than the tribal people in Vanuatu.
Right?
I mean Japan is so high tech, isn’t it?
They make robots and stuff.

When I first arrived in Japan, that was pretty much all
of what I knew … the above…
I also knew some about their music.
X-Japan, hide, Luna Sea, Yellow Magic Orchestra,
L’Arc~en~Ciel, Nightmare, Kuroyume, Gazette….
That was it…
When I travelled around in Japan, in the spring of 2011,
I was also confirming it,
I shot photos of temples,
I went to concerts,
I saw exactly what my stereotypes have told me.

Then… suddenly I decided….
to change my life….
and
My life changed
A LOT!!
because after my first trip to Japan,
the trip when “the sky called me”,
I decided to move to Japan.
I wanted to go deeper, discover more, hear more music…

I met Shingo, a Japanese friend, whom I taught English.
We met every day… yes, every day for many months.
I met Yuka from Hachioji (Tokyo suburb).
Then I met Vagu*Project, a Japanese band,
and Vorchaos, and Dazzle! and…
many other bands followed.
We had meetings, talks, discussions
I started the Pink Spider Web.
I was in love with the country and its people.
I still am.
I still love Japan.

A few years later after I came back to Japan,
(I had been in the US to treat a colon cancer)
I met this man in the photo above: Reds.
He is the vocalist in AURA. A Japanese band that started in the
90s and was one of the front bands, and pioneers, for the Japanese
Visual Kei.
We met at one of my favorite spots in Japan:
The Club Sensation in Yokohama.
How we met, and the miracles I felt will be another story.
It was certainly though a very special encounter
and on a very deep level.
Deeper than rational brain can go,
and more amazing than I thought possible.
We truly connected!

He was delighted to see my work on the internet.
How I could reach so many people across the globe.
Because sadly, I had discovered by now,
Japan isn’t all like I perceived it to be during my trips.
Hanging with Japanese bands like Vagu*Project,
I had noticed that they somehow were out of synch.
Out of synch with how technologically ahead Japan must be,
but was not….
Because certainly a country with high tech industries must
have every single citizen on top of the game?
It seemed to me the more I got to know people like
Reds, that Japan is somehow,
Out of synch with the world!

I had, already during my first trip to Japan,
felt that some thing was ‘off’.
Buying tickets for example. –  not possible, at least not the way
I think of
Finding band info online another example –  web pages ill-maintained
and in Japanese only.
Adding Japanese friends on Facebook… was often met with a
stare:  “Facebook???”
This was 2013.. Where were the Japanese online?
They showed me ameoba.
They showed me their web sites…in Japanese.
I was like, but eh…. globally people don’t speak Japanese.
How do you reach your fans abroad?
How do you reach new fans?

Being with them, and later with Reds,
I learned a lot.
Japan was not what my stereotypes had informed me.
To write all that I discovered in Japan,
will take many chapters…. like ….a Book!!
so yes, I wont write it all here, because this is a blog,
and this is why I’m writing a book!
I will just leave some for the book…. lol

Working with the bands, seeing hundreds of bands,
yes hundreds, I got to spend a lot of time together
with them.
And now comes the tricky part, because I was still
somehow in an illusion, that by now…
I knew the Japanese. I understood them.
Their struggles with learning English,
(which by the way is perfectly understandable at
one level because it’s equally difficult for me to learn Japanese)
Their gender inequality,
their difference in gender perception altogether…
I got it!
What I also rather quickly learned was their power structures.
What I am not capable of though, is adapting 100% to their ways.

I naively thought of it as a bridge…
A bridge where we meet half-way while connecting.
I still believe we can do this (but I will return to this later and
more in detail in my book).
I really believed we could truly work together!

The implications though, run much deeper than
understanding that they have power structures,
or knowing that they are reluctant to the concept
of change.
Let alone to actually change anything.
Reds was a fresh wind.
He was curious.
He wanted to reach out.
He wanted to connect.
I thought it was a real wish,
I believed it was possible.

And I believed him…
in a way I still do.

The bridge however… is another story.
There is a thin line between
understanding and misunderstanding 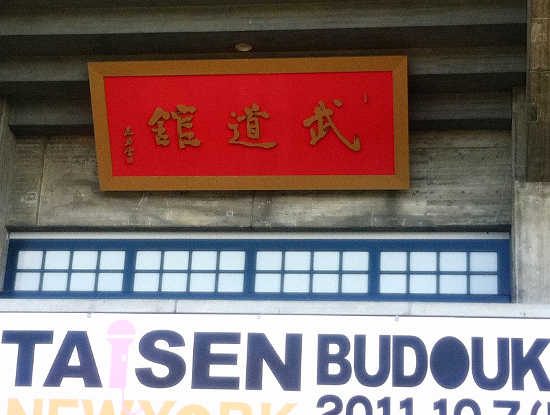 Nippon Budokan – 日本武道館 –
I always wanted to come here, but maybe this was not
HOW I had imagined it to be, or at least not the reason for coming here
ha ha ha
Budokan was originally built for the judo competition in the
1964 Summer Olympics. 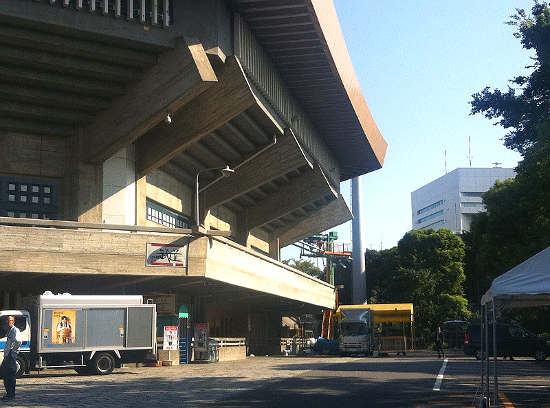 I have always wanted to come here for some fantastic Rock concert,
Though it also functions as a venue for big musical events,
its primary purpose is really for Japanese martial arts.
The first rock group to perform here was The Beatles,
in a series of shows in June/July 1966. Their appearances were
met with opposition from those who felt the appearance of a
western pop group would dishonor the martial arts arena.
However, Budokan has since served as the stage for many world
famous artists, both from the west and Japanese:
Eric Clapton, Diana Ross, Cheap Trick, Bob Dylan,
Michael Schenker Group, The Police, Yellow Magic Orchestra,
Frank Sinatra, Yngwie Malmsteen, Prince, Oasis, Malice Mizer,
Ozzy Osborne, Pearl Jam, Duran Duran, Dream Theater,
The Gazette, Perfume, Avril Lavigne, Dir En Grey, …
and many many others.

There is clearly a correlation, between what the
Japanese people feel as being a successful band and
having performed at the Budokan.
Have you played here;
then you have made it!
Also I have noticed that the Western bands that the Japanese
know about, and listen to, are often artists that have played here.
Artists that haven’t, yet are big in the West, aren’t necessarily
as famous, or known, here as they are abroad.
And the reverse, artists that have played here, are sometimes,
more known, or popular here than they are on their own
home grounds.
This means, for artists, if you really want to make it in Japan,
you must come here and play! 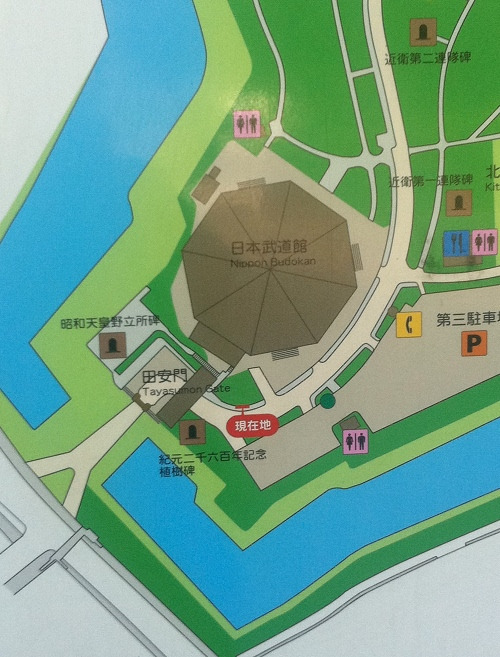 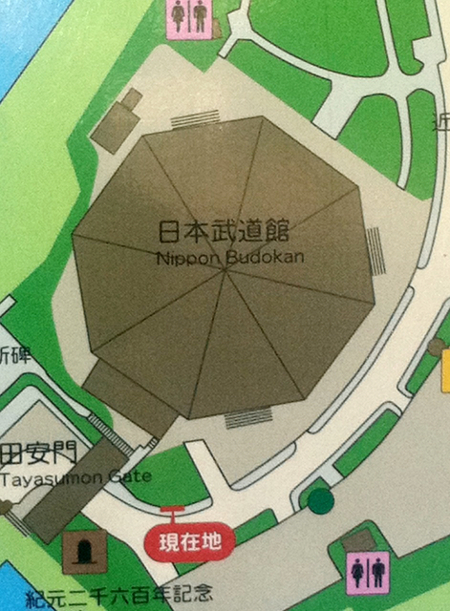