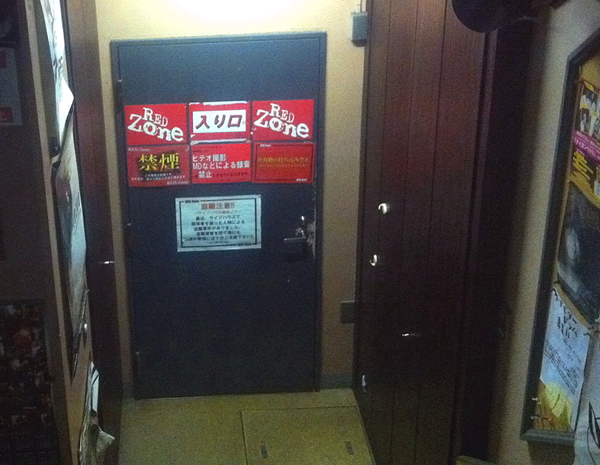 I fell in love with these guys at Narciss in October, and now I was
finally about to see them again!
I must admit I was a tad concerned that I was somehow delusional!
That maybe the night back at 浦和NARCISS October 28th wasn’t
quite as good as I remembered it..
That I had a twisted memory because all the other fun that night.
(You can go backwards in this blog and find more about it)
Maybe I was somehow so HAPPY that evening that I misjudged
Vagu*Project, or that everything else was so crappy, that they
came across as so wonderful, because it was all relative?!
Nah ,the latter I know for sure wasn’t true, because Seremedy
had just finished playing before them, and Seremedy are not crap,
they are pretty darn good!

BUT still… It was only one LIVE ,and I have not heard them since.
and what better way to find out than to go and take a second lstening?

So here we are; here’s the door to Ōtsuka RED ZONE….
and for you who know a little bit about the Tokyo geography,
It’s not far from the Ōsuka Station on the Yamanote line. Otsuka station
is the next one after Ikebukuro going clockwise around.
It took me about 20 minutes to get door to door, so once again I
LOVE that I live so close to everything!!