So my reason for my first trip to Japan was to get away and think,
Think and to be alone.
I was doubting my future in grad school, and I had been doubting
my marriage for a decade, I wasn’t happy and I tried to figure out
a way out of it all. At uni I had met Japanese-American Rio,
and I had after our chats been listening to more and more of the
old Japanese music, that I used to like so much.
Mostly I listened to YMO way, way back when.

Rio introduced me to hide’s solo music and I got drawn to all of it,
and curious about Japan. The country I previously didn’t know
much about, and I HAD never really felt any interest in Japan,
or its culture. 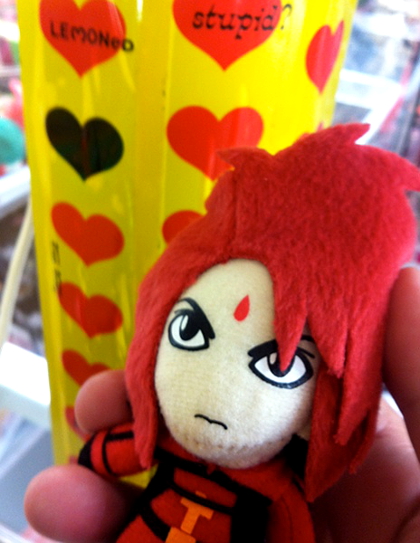 I loved Chinese history, Chinese philosophy, Chinese everything….
but Japan in my prejudice mindset was all about robots,
manga, anime and men who have inflated plastic dolls for sex…
I basically didn’t know much!!
There were of course Japanese stuff I liked.
Japanese food for example ad always been my favorite.
And yes, X Japan and Yellow Magic Orchestra…

So anyway as you know by now I took off to Japan,
first for a Japan Rail Pass, and while there experienced the magic
at Miura Reien and hide calling from the sky.
So I came over. I moved to Tokyo.
I went to live gigs, and I met Vagu*Project at the same live gig as
I went to see Swedish Seremedy. 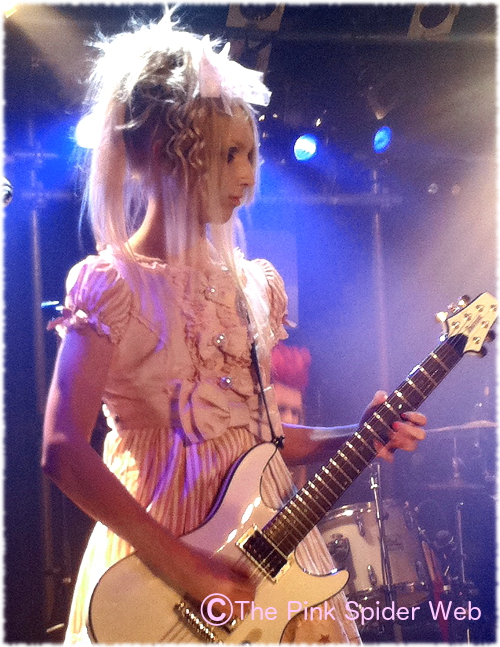 Little did I know then, that Seike, back then Sermedy’s vocalist,
and I,  would cross paths again in Tokyo 4,5 years later when
Kerbera did a tour in Tokyo at a Live House I have been affiliated
with. Nor did I know then, that they would also participate in the
project I managed to bring Japanese artists to Sweden.
Japanese musicians collaborating with,
and getting to know Swedish bands.
Become friends!
I will return to this project… a lot more in detail at a later date.
Of course a zillion things happened in between the live gigs with
Seremedy and Kerbera in Tokyo – October 2011 and May 2016 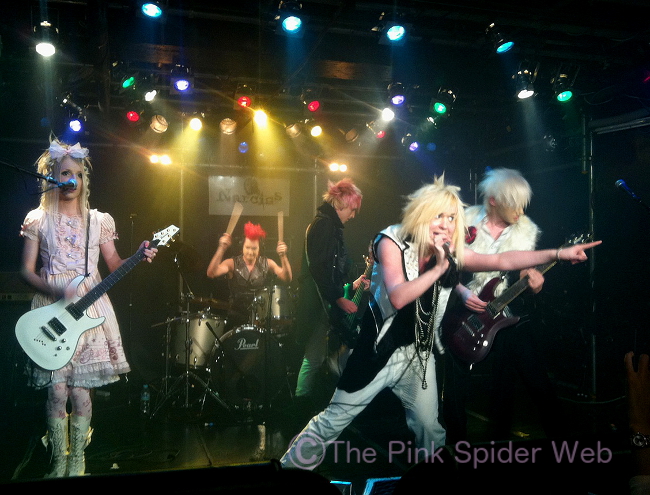 The month after I had seen Seremedy and Vagu*Project at
Urawa Narciss in Saitama,  I went on an adventure.
Partially I followed X Japan on their
World Tour 2011 South East Asia part of it,
and partially I went on a traveling adventure and backpacked in
South East Asia.
X Japan in Bangkok was the best!!
What a feeling!! 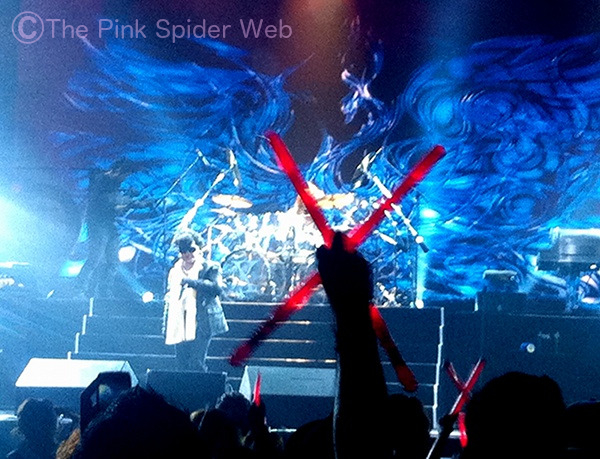 Now when I came back in December 2011 I had this urge and
desire to really go see Vagu*Project again!
I loved them!!
I knew absolutely nothing about them, and I spoke zero Japanese.
They stood out.. they had something very unique about them.
I was totally spell bound by the stage presence and charisma
that radiated from their Vocalist Yui.
Their bassist Crazy Boy Ryo is also extremely happy and fun,
and a delight on stage.
So I set out to google and find these guys again….
There’s gotta be a live gig close to me coming up!! 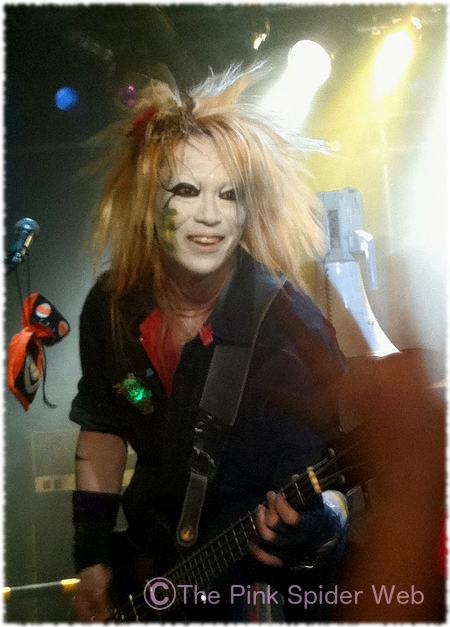 Well now… if you don’t write kanji, and you don’t speak a lot of
Japanese, this can be an enormous task…bordering impossible..
to find a band in Japan.. and find out where and when they
play next, and then once you do…
find out how to hell to get tickets?
A lot HAS really changed over the past 5 years, but still it’s
usually only the better known bands that have professional, or
at least comprehensible web sites with English text,
or information on Facebook.
Back then very very few Japanese people had Facebook,
so bands didn’t really care about posting there.
I felt a rising need to do something about this!!!

February the follwing year I went to Australia for a few months,
and while there, I decided to start this site “The Pink Spider Web”
and to, at the very least be able to create some valuable help for
all people out around in the world,  who has an interest in
Japanese Rock or Visual Kei.
People who don’t necessarily read Japanese
I created the Venue index that one can find on this site and
I helped Vagu*Project and created a demo web site for them.
I showed them that one can now a days download songs directly
online (this was long before Spotify had made it to Japan).
Working with them back in 2012, I needed a translator.
I wish I also had known more about Japanese culture.
All of what I know today is by doing mistakes.
Some created terrible misunderstandings, and even conflicts.
Conflicts, often due to misunderstandings, can be solved easily,
but conflicts due to diverging ideas about reality, can be tougher
to solve.
It takes a lot of effort and stepping out of comfort zones from
all parties involved!
Vagu*Project per se went very well, and we had a good working
relationship for quite a while, and it didn’t end until they signed
up with a label demanding certain changes and commitment.
Mostly due to a big financial loans this label gave them
( I wold probably prefer the term slave-contract for what they the signed)

What exactly have I learned?
Well it is a lot, and this is one of my reasons for writing the book.
I have learned a lot not only about Japanese people and their
ways. I have also learned a lot about humans in general,
and about artists, bands, and the music industry in particular.
My ideals of bringing musicians together, for having them being
stronger together and learn from one another is plainly put:
Very naïve!
but it is also still a dream and my mission,
that the rest of the world get to see  more from Japan,
and that the Japanese learn more about the rest of the world! 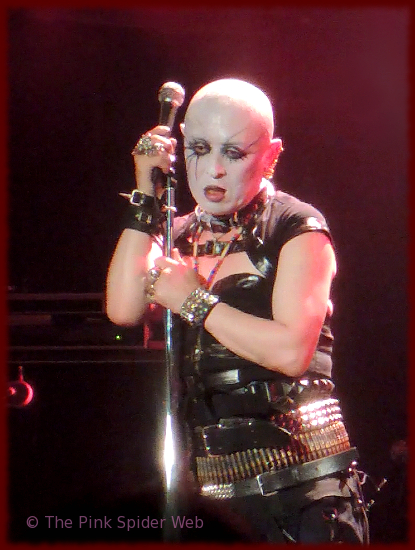 A lot has changed over these 5-6 years that I have been
working, but a lot has also not changed, and might not ever change.
I am heart-broken that many Japanese artists often cannot see
beyond what they know and are comfortable with, but this might
only a matter of patience, on our part.. as audience.

What hurts me more is all the non-care about others that is going on!
It is one thing to be selfish, as an artist that is very obvious,
and many artists do everything they can for any attention.
This is not just Japanese… it’s global!
Personally though I’m getting a bit fed up with insta feeds
filled with selfies and nothing much more…

Not only musicians, many people in the industry also do everything
they can to grab a slice of the pie…
even if it’s on behalf of a friendship.
What happened to talk? and especially what happened to
team-work? 1+1= 3 or 4 or 5 or 6… or even more!
I will certainly be more clear and exemplify in the book,
especially I will use examples from last year’s project with
Reds  from Japan and Kerbera from
Sweden, to name a few.

Luckily I have also learned to kick back and enjoy the fun!
Enjoy the amazing music!
Below for example one of my absolute favorite bands:
ザ・ビールス – The Beers 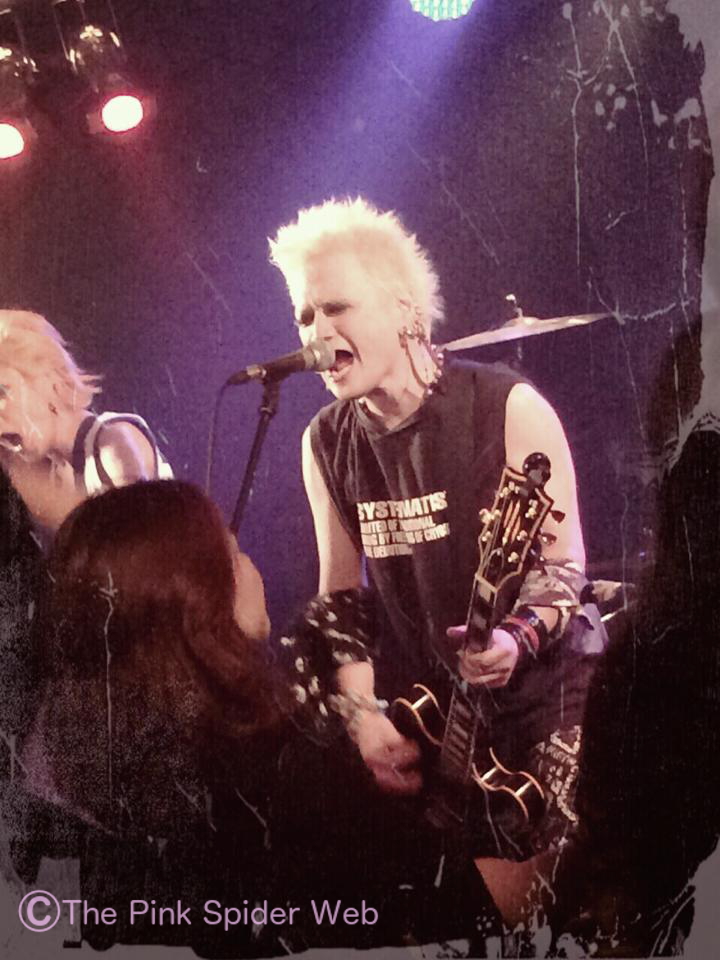 What I think though, is that there are sooooo many people
involved behind the scenes,
and on the floor and the market with the $ ¥ £ . The people who
pay for concerts, for merch, and (sometimes) the music:
The audience!
Audiences, who deserve the truth, more genuin care about them!
For example if you have international fans, you should care to
provide the information for them as much as you can.
Even if it means working outside your comfort zone,
even if it is less glamorous part of the job.
Learn English at a basic level, collaborate with people, the admin
end of it all….
Tell them about your concert schedule, about your music and
and you should in my opinion stick to the truth.
Not telling your audience that you live part-time in Tokyo and
part-time in Sweden, when in fact that is a straight out lie.
Why? Why inflate?
Are we the audience that dumb?

The closing of Reds Facebook page is just the latest example
of this non-genuine-care-syndrom.
Only work for, and with your own people. Only work within the
ways one is comfortable with, reaping harvests of feeling good
about oneself from the many ‘likes’ that comes as a big
ego-boost after each selfie posted.
Is it really sustainable though? To write that you love your fans,
but never really be brave enough to build that bridge?

As I mentioned in the last blog, Reds and I couldn’t talk to
one another when we first met.
We actually communicated with Japanese ascii smileys on
twitter messages even though we sat next to each other.
(*^o^*)   (-_-)zzz     ♪( ´θ｀)ノ    (T . T)      (=´∀｀)人(´∀｀=)
And of course also a lot via google translate… which more often
than not, gives you totally the wrong words ha ha ha
but it worked in the very beginning.

Over the years he has picked up quite a lot of English.  Not so
much as he is anywhere near fluent, but he can socially chat.
And well, I too picked up some Japanese over time.
What he hasn’t changed though is habits from the past.
And he is not alone in this by any means.
It goes all over the board… and you can probably exchange the
word ‘Japanese’ in the sentence below and put it in your own
nationality.
This is the way we do things… we Japanese.

Never really saying it out loud but that is sadly the notion.
It is the message.
Because why else don’t you want to learn new ways,
and learn from others enough to be able to reach a lot more
people?
I still love my Japanese friends.
I love a lot about Japan. 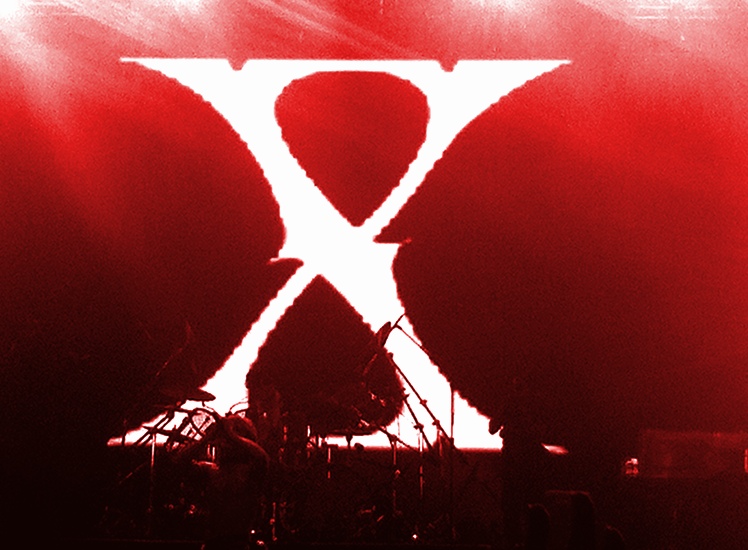 This blog can at times now seem a little negative, but it is part
of the process. We must all see and understand the bigger scope.
It is not only the Japanese who need to change.
We all do!
We all need to listen! We all need to actively support those
around us that are different, that come from somewhere else,
that don’t work or talk or love in ways that we do…

Peace as I wrote on my insta (@The_PSW)  the other day…

Peace is not just a beautiful word,
it is action!
Peace is not only action,
it is to be brave and step out of self-love,
it is to support others,
it is to speak up and  defend others,
even when they are very
different from you!
It is easy to be at home,
it is easy to surround yourself
with friends who love you,
but
it is honorable and brave
to stand up and support
Others!

and by the way
the same goes for Love and Friendship…
We have to WORK IT!